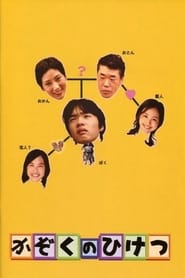 Description
Kenji Shimamura has trouble being intimate with his girlfriend Noriko after a lifetime of watching his parents bicker over his father’s infidelity. After he spurns her advances, causing her to storm off in an offended rage, he decides it’s time to seek psychological help. Unfortunately that costs money and the best way to earn some quick cash in his family is to spy on his dad for his mother. He quickly discovers his dad has a young girlfriend named Yukari. Figuring the best way to deal with this gracefully is to come clean with Yukari he tells her all about their family and the real estate business his parents run together. Unfortunately, however, his plan backfires. Instead of being scared off Yukari applies for a job at the family business and befriends Kenji’s mother, setting up a chain of events that makes things awkward for everyone involved.