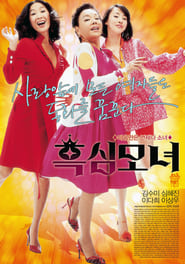 Description
Nam-hee (Shim Hye-Jin) is going about selling fruit from her truck, when she nearly runs over a young gentleman, Joon (Lee Sang-Woo). Joon finds his way to Nam-hee's house, where he meets her mother Gan-nan (Kim Su-Mi), and her 20-year-old daughter Na-rae (Da-hee Lee). Through a series of circumstances, Joon comes to live with the three women, and with the introduction of a handsome man in their house, the three use their own skills to vie for his attention and compete for his affection.